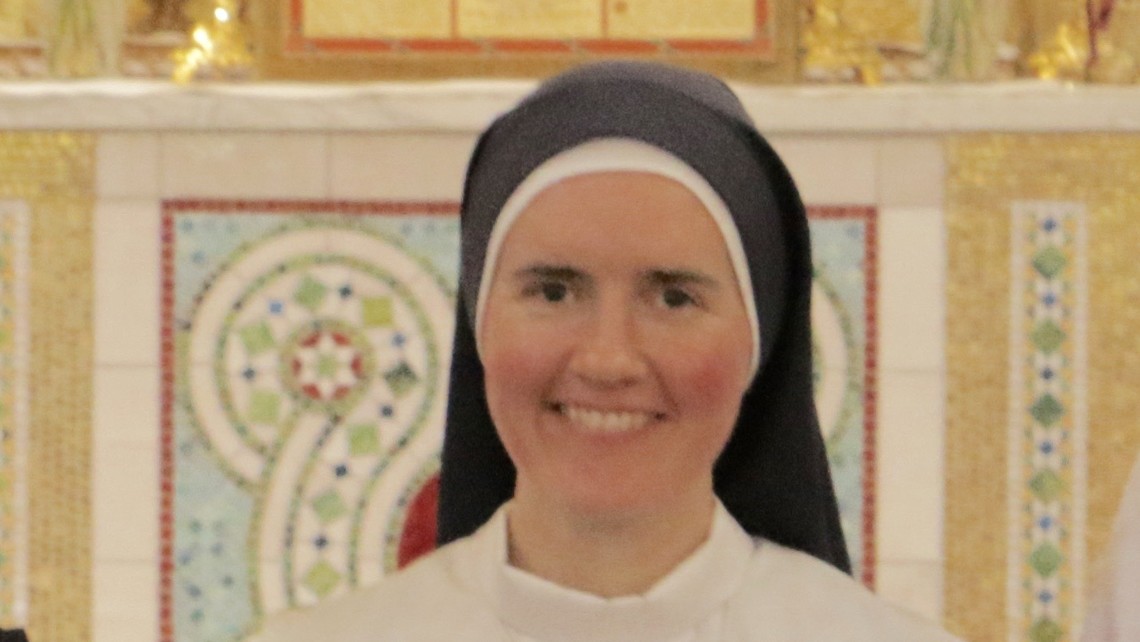 This week, we will interrupt our June reflections about the Sacred Heart of Jesus, to reflect upon postulants. On Friday of this past week, the Labor Mariae community of Sisters officially began with the entrance of two young women, Margaret and Paige. You may wonder why they are not dressed the same way as I am.... Holy Mother Church is always a wise and prudent mother. When a young woman senses that God is calling her to make a gift of her life as a consecrated religious Sister, Mother Church requires her to go through certain preparatory stages. The stages in religious life permit a young woman to understand more fully the gift of herself she is making and permit her to enter gradually into the fullness of the life of a religious Sister. The different stages in religious life have distinctive external marks, so that, just from looking at a Sister, you can know a little bit about the stage she is in.

Typically, the first step toward becoming a religious Sister is that of becoming a postulant. The word “postulant” comes from the Latin word “postulare” which means, “to ask for.” The postulant enters the convent, asking to come to know the life of a Sister “from the inside,” and asking to be permitting to live the life of a religious Sister. The postulant does not wear a habit, but she often wears some distinctive clothing which sets her apart. Oftentimes, she wears a veil, as our postulants do. Although we call our postulants “Sister,” they still use their baptismal names.

After they have been a postulant for some time, in the case of Labor Mariae postulants, after about a year, the postulants become novices. We use the word “novice” even in regular parlance to refer to someone who is new at a task. The novice is new at being a religious Sister. The ceremony in which she becomes a novice is oftentimes called a “clothing” or “investiture” because the external mark of her noviceship is that she receives the habit and veil. Her veil will be white as the distinctive mark of the novice. The novice also receives a new religious name, typically different from her baptismal name, to signify that she is beginning a new way of life.

The noviceship lasts at least one year, but oftentimes two years, and at the conclusion of it the Sister will make her profession of vows. A vow is a solemn promise made to God, and the religious Sister typically makes vows of poverty, chastity and obedience. The Labor Mariae Sisters will add a fourth vow of total consecration to Our Lady. We will reflect more upon noviceship and profession, when we experience those stages in Labor Mariae. For now, we are happy to have two new postulants! Please pray for Sister Margaret and Sister Paige as they begin their postulancy.

The celebration of Easter is truly great. It is the greatest event since the creation of the world. The resurrection of Jesus Christ from... END_OF_DOCUMENT_TOKEN_TO_BE_REPLACED

These past weeks (with the exception of last week), we have been reflecting upon our devotion to the Sacred Heart of Jesus. In... END_OF_DOCUMENT_TOKEN_TO_BE_REPLACED

The Enthronement of the Sacred Heart of Jesus, which was the topic of last week's article, is closely connected... END_OF_DOCUMENT_TOKEN_TO_BE_REPLACED