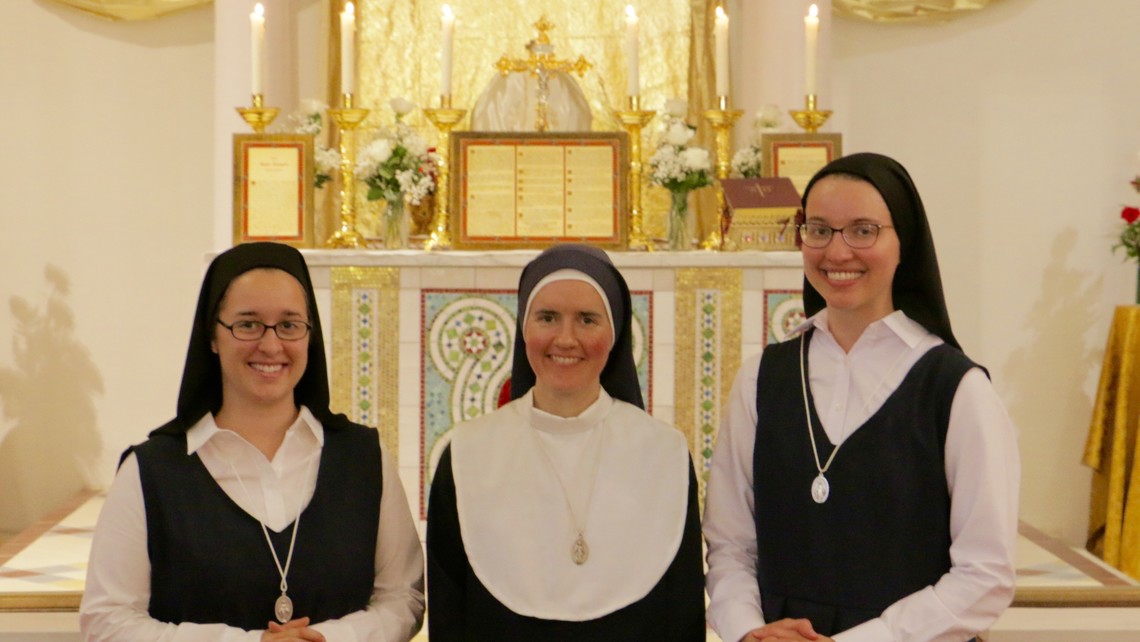 Meditations on the O Antiphons by Sister Margaret

Meditations on the O Antiphons

The O Antiphons have been used in the recitation of the Divine Office in the Catholic Church since about the 8th century. An antiphon is a short statement of the Faith that contextualizes what is to follow—a summary, of sorts—an example of which is the responsorial psalm at Holy Mass. These particular antiphons were composed for the days of December 17th–23rd, to be sung with the Magnificat, which is recited during Vespers (Evening Prayer).

Within these brief antiphons are expressed the hopes and promises of the Law and the Prophets (the Old Testament) concerning the Savior of mankind. One can imagine these promises and types (or symbols) of the Messiah were in the mind of every Jew as Christ made Himself manifest in “the fullness of time.”(Gal. 4:4)

December 17th: O Wisdom that comes out of the mouth of the Most High, that reaches from one end to another, and orders all things mightily and sweetly, come to teach us the way of prudence!

Based on the Wisdom tradition of the Bible, this antiphon reminds us of the wonder, order, vision, and purpose in creation. It was ordered “mightily” as we see in the imposing mountains, thundering waterfalls, crashing waves and violent winds; yet sweetly, as in the singing birds, the vibrant colors of sunset and the flowers of the field. All things show the strength and power of the “Logos” (Greek, meaning “word”) or “logic”, that is, the order of nature, which we cannot overthrow nor ever fully understand. All at the same time, the Wisdom from the Most High, which “reaches from one end to another”—from the molecular to the celestial—has ordered it all for the comfort, joy, wonder and delight of His children. We, whom the Lord commanded to “subdue” and “have dominion” over creation (Gen. 1:28), do so best when we acknowledge this Wisdom in the essences of created things, and beg the Lord to teach us prudence.

December 18th: O Adonai, and Ruler of the house of Israel, Who didst appear unto Moses in the burning bush, and gave him the law in Sinai, come to redeem us with an outstretched arm!

From creation of all things, the antiphons now turn to the pinnacle of God’s creation, mankind, and His need for redemption. This all Holy God was rejected by our first parents in paradise. They refused to receive from His hand all that He intended for them, and preferred to stretch out their hands and take, in disobedience. Now humanity, living in the decay of sin and death, needs healing from the gaping wound; that is, our separation from Life. Only Adonai, the Lord God, beyond whom there is nothing, is able to reach “with outstretched arm” into death to conquer it, and redeem humanity. From the very beginning He promises this, and prepares a people through which mankind would learn to be obedient. Choosing Abraham, Isaac and Jacob as fathers of this people, and Moses, His faithful servant, the Lord weaves the story of His covenantal love for the creatures who rejected Him, but whom He will not leave orphans.

December 19th : O Root of Jesse, which stands for a sign over the people, at Whom the kings shall shut their mouths, Whom the Gentiles shall seek, come to deliver us, do not tarry.

Jesse, Father of King David, is called here the blessed “root” from which David, the king, sprouted and flowered before the Lord. The author of the psalms, King David, was the great King of Israel from whose lineage the Messiah would eventually be born. This antiphon reminds us that our salvation is not a mythical tale, but has its roots in reality and has a long history among a people who walked this earth before us. As Monsignor Charles Pope remarked on the subject: “The Gospel is not up in the air and a vague sort of philosophy. It is deeply rooted in a historical people to whom we have been joined through baptism; we have been grafted on to the one vine, the one bride.” (Institute of Catholic Culture Lecture, “Root of Jesse” instituteofcatholicculture.org)

The celebration of Easter is truly great. It is the greatest event since the creation of the world. The resurrection of Jesus Christ from... END_OF_DOCUMENT_TOKEN_TO_BE_REPLACED

This week, we will interrupt our June reflections about the Sacred Heart... END_OF_DOCUMENT_TOKEN_TO_BE_REPLACED

These past weeks (with the exception of last week), we have been reflecting upon our devotion to the Sacred Heart of Jesus. In... END_OF_DOCUMENT_TOKEN_TO_BE_REPLACED