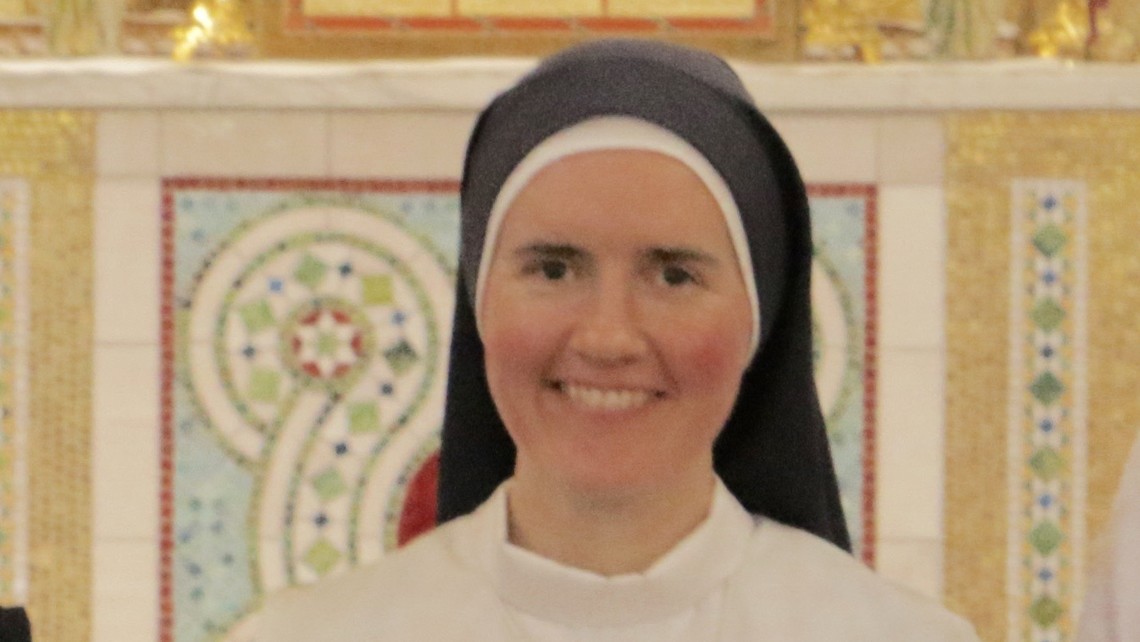 Last week, we ended our reflection on the Extraordinary Form of the Holy Mass at the sermon.  On Sundays and important feastdays, the priest recites the Creed as soon as he returns to the altar.  Just this past week, Father Matthew Bartulica spoke about the importance of the Creed during his Sunday homily.  Given that the two forms of the Holy Mass flow from our one Catholic faith, it is to be expected that the creed recited is the same in both forms of the Holy Mass, as indeed it is.  There is but one distinction in discipline, namely, that in the Extraordinary Form we always kneel at the words, “and by the Holy Spirit was incarnate of the Virgin Mary and became  man,” in adoration of the mystery of the God-made-man.  In the Ordinary Form, we bow during these same words and for the same reason.  In the Ordinary Form there are a few times per year when we do also kneel at the words “and by the ….,” namely, on March 25th and again nine months later on December 25th.

The Creed concludes what is sometimes called the “Mass of the Catechumens” (if you have a 1962 Missal, you may notice that heading).  In the past, the first part of the Holy Mass, that is, up until the offertory, was the part at which the catechumens were permitted to assist.  They would depart after the homily or Creed.  The second part of the Mass was called “The Mass of the Faithful,” because only baptized Catholics remained for the second part of the Holy Mass.

The prayers which follow, namely, the prayers of the offertory and then the Canon of the Mass, are the heart of the unbloody renewal of the Sacrifice of Calvary.  The prayers of the Mass of the Faithful express the full beauty of our faith because it remains always true that “lex orandi, lex credendi,” that is, as we pray, so we believe.  Although the purpose of the Sacred Liturgy is not primarily pedagogical (but rather, to worship God), it is also true that the Sacred Liturgy teaches us what we believe.  Sacrosanctum Concilium, the document from the Second Vatican Council about the Sacred Liturgy, affirms: “Although the Sacred Liturgy is above all things the worship of the divine Majesty, it likewise contains much instruction for the faithful (par. 33).”  The document continues: “The purpose of the Sacraments is to sanctify men, to build up the Body of Christ, and, finally, to give worship to God; because they are signs they also instruct.  They not only presuppose faith, but by words and objects they also nourish, strengthen and express it” (par. 59). The Church prays as she believes, therefore, from her prayers we can learn about the faith and her prayers can nourish our faith.

An attentive study of the prayers of the Offertory and the Canon of the Mass can help us to better know and love the faith we profess.  Next week, we will begin to examine to the prayers of the offertory in order to see how the law of praying expresses the law of our belief, lex orandi, lex credendi.

The celebration of Easter is truly great. It is the greatest event since the creation of the world. The resurrection of Jesus Christ from... END_OF_DOCUMENT_TOKEN_TO_BE_REPLACED

This week, we will interrupt our June reflections about the Sacred Heart... END_OF_DOCUMENT_TOKEN_TO_BE_REPLACED

These past weeks (with the exception of last week), we have been reflecting upon our devotion to the Sacred Heart of Jesus. In... END_OF_DOCUMENT_TOKEN_TO_BE_REPLACED